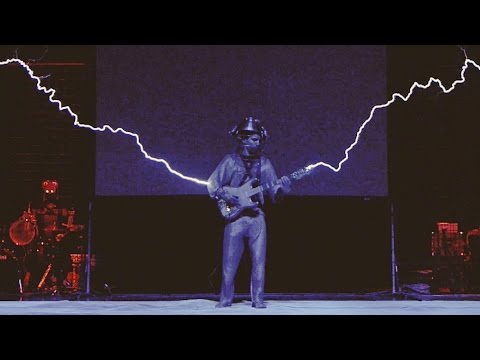 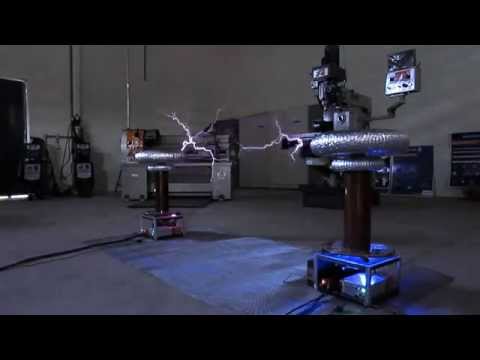 The singing Tesla coil, sometimes called a zeusaphone, thoramin or musical lightning, is a form of plasma speaker. It is a variety of a solid state Tesla coil that has been modified to produce musical tones by modulating its spark output. The resulting pitch is a low fidelity square wave like sound reminiscent of an analog synthesizer. The high-frequency signal acts in effect as a carrier wave; its frequency is significantly above human-audible sound frequencies, so that digital modulation can reproduce a recognizable pitch. The musical tone results directly from the passage of the spark through the air. Because solid-state coil drivers are limited to “on-off” modulation, the sound produced consists of square-like waveforms rather than sinusoidal (though simple chords are possible).

MIDI is the most common method of music production. It works by means of a microcontroller that is programmed to interpret MIDI data, and output a corresponding Pulse-width modulation (PWM) signal. This PWM signal is coupled to the Tesla coil through a fiber optic cable, and controls when the Tesla coil turns on and off.

The name zeusaphone was coined after a public demonstration of the device on June 9, 2007 at DucKon 16, a science fiction convention in Naperville, Illinois. The performance was by Steve Ward, an electrical engineering student at the University of Illinois at Urbana–Champaign, who designed and built the Tesla coil he used. Subsequent performances include “Dance of the Sugar Plum Fairies,” performed on September 8, 2007, at the 2007 “Cheesehead Teslathon,” a.k.a. “Lightning on the Lawn,” in Baraboo WI, by Ward and fellow designer Jeff Larson on matching 41 kHz Tesla coils.