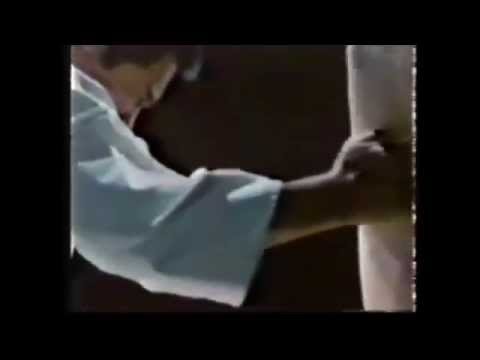 Breaking is a martial arts technique that is used in competition, demonstration and testing. Breaking is an action where a martial artist uses a striking surface to break one or more objects using the skills honed in their art form. The striking surface is usually a hand or a foot, but may also be a fingertip, toe, head, elbow, knuckle, or knee. The most common object is a piece of wood or brick, though it is also common to break cinder blocks, glass, or even a piece of metal such as steel bars. Glass is usually discouraged, since its shards may cause injury when broken.

Breaking can often be seen in karate, taekwondo and pencak silat. Spetsnaz are also known for board and brick breaking, but not all styles of martial arts place equal emphasis on it or use it. In styles where striking and kicking are less important and there is an emphasis on grappling or weaponry, breaking is less prominent. Traditional Japanese martial art schools place little, if any, emphasis on board-breaking, although the art of breaking objects was known as tameshiwari, while the similar practice of Tameshigiri or ‘test cutting’ is used in sword arts.