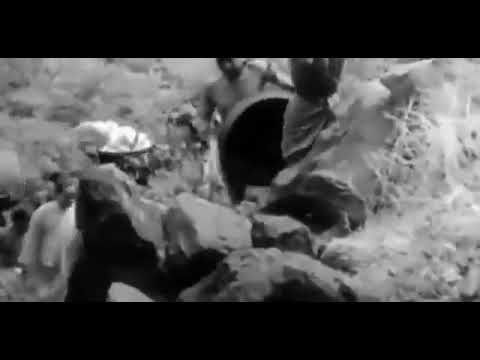 Recorded in his book On Safari (1963), was witnessed by no less an authority than Armand Denis, the pioneering wildlife film-maker and author. In 1939, during a filming expedition to the Far East, Denis was in northern Burma (now Myanmar), investigating whether ophiolatreia (snake-worship) was still practised there, when he met an old Buddhist priest who told him to travel to a remote mountainous village, where he would be shown all that he hoped to see - and more! Two days later, Denis had arrived, and the next morning he found himself sitting in a flower-decorated oxcart alongside the village’s snake-priestess, a beautiful young woman in her early 30s, at the head of a procession containing most of the other villagers, who were bearing gifts for the serpent-god and providing enthusiastic musical accompaniment with an ample supply of bells and gongs.

After a sedate journey along a winding mountain path, Denis and company finally neared a small cave, the journey’s destination. Quite a while later, during which time the villagers had busied themselves strewing assorted offerings to the serpent-god on either side of the path leading to the cave, the snake-priestess walked steadily towards the cave’s opening, accompanied for part of the way by Denis. At the opening the priestess paused, and called into it. A few minutes later an enormous snake emerged, and coiled itself at her feet. It was a cobra - but no ordinary one, for this was nothing less than an adult king cobra.

Even as the priestess stood there, absolutely motionless, the huge snake rose up with hood outstretched, standing erect and poised to strike. Able to hold itself 3 ft or more above the ground, and positioned less than 4 ft away from her, it was well within range. Yet in answer to the cobra’s challenge, the priestess merely bowed her head towards it, slowly, deferentially, and seemingly without fear. Responding immediately, the snake lunged forward, striking at the level of her knees, but in the same instant the woman had moved slightly to one side, so that the cobra’s deadly fangs made harmless contact with the fabric of her pure-white skirt. This macabre dance of would-be death between snake and woman, or deity and priestess, was repeated many times, and on each occasion the woman succeeded in avoiding the powerful reptile’s fatal fangs - recalling a skilful matador deflecting the terrible horns of a charging bull, but equipped with a skirt of snow rather than a cloak of crimson.

Suddenly, however, the snake-priestess’s performance reached its particular climax in a manner never mirrored by that of any matador. With her hands placed behind her back, she moved a little closer to her lethal god, and during a moment when it remained erect but immobile she leaned forward and lightly kissed the king cobra on top of its head! Drawing back instantaneously, she countered the inevitable strike that ensued, after which she promptly kissed the cobra again, and, after deflecting its consequent lunge, kissed it a third time too. The ceremony thus concluded, she simply turned her back on the cobra, and walked away, slowly but apparently untroubled, towards Denis and the waiting villagers. Nor was her confidence betrayed by the cobra - instead of striking her from behind, it merely turned aside and slid swiftly from sight into its cave.

If, during the journey back to the village, Denis had suspected that he had been hallucinating, and that this astonishing ritual had never happened, one could surely have forgiven him, for it certainly seems almost beyond belief that such a performance could ever take place. However, he had conclusive evidence for its reality right before his eyes. Clearly visible on the woman’s white skirt were many damp, amber-hued stains - the potent venom of a king cobra, the legacy of her audience with her ophidian deity.

This astonishing performance has been witnessed over the years by other Western observers too. Moreover, Dr Desmond Morris’s book Men and Snakes (1965) reports an even more incredible variation on its macabre theme – in which the snake-goddess kisses the king cobra not on top of its head but directly on its mouth! This terrifying deed was also regularly performed by top Burmese snake charmer Saya Hnin-Mahla as the climax of her act with her co-performer, an adult king cobra.