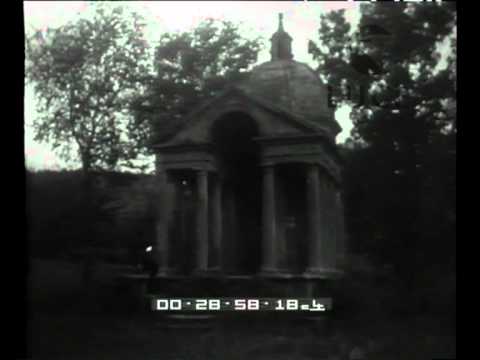 Also named Garden of Bomarzo, is a Mannerist monumental complex located in Bomarzo, in the province of Viterbo, in northern Lazio, Italy.The garden was created during the 16th century. Situated in a wooded valley bottom beneath the castle of Orsini, it is populated by grotesque sculptures and small buildings located among the natural vegetation.

During the 19th century, and deep into the 20th, the garden became overgrown and neglected, but after the Spanish painter Salvador Dalí made a short movie about the park, and completed a painting actually based on the park in the 1950s, the Bettini family implemented a restoration program which lasted throughout the 1970s, and today the garden, which remains private property, is a major tourist attraction.

The surreal nature of the Parco dei Mostri appealed to Jean Cocteau and the great surrealist Salvador Dalí, who discussed it at great length.

The story behind Bomarzo and the life of Pier Francesco Orsini are the subject of a novel by the Argentinian writer Manuel Mujica Láinez, Bomarzo (1962). Mujica Láinez himself wrote a libretto based on his novel, which was set to music by Alberto Ginastera (1967). The opera Bomarzo premièred in Washington in 1967, since the Argentine government had condemned it as sexually offensive.

A reimagined version of the garden is the centerpiece of the novel A Green and Ancient Light, written by Frederic S. Durbin.
Some scenes from the 1985 Frankenstein film The Bride starring Sting and Jennifer Beals were shot amidst the statuary at the Garden.

A fight scene in the 1985 film The Adventures of Hercules takes place here and the Orcus’ mouth acts as an entrance to a cave.

The Dutch magic-surrealist painter Carel Willink used several of the park’s statue groups in his paintings, e.g. The Eternal Cry and Balance of Forces.

A replica of the Orcus mouth appears as a major setpiece in the 1997 film The Relic.

In the 1999 film version of Alice in Wonderland, the grotto in the scene involving Gene Wilder as the Mock Turtle is composed of sculptural features copying the garden at Bomarzo.

Orcus mouth appears in the 1964 Italian horror film Il castello dei morti vivi (also known as Castle of the Living Dead).
The history and the mysteries of the gardens are featured in the 2015 board game “Bomarzo” by Stefano Castelli.