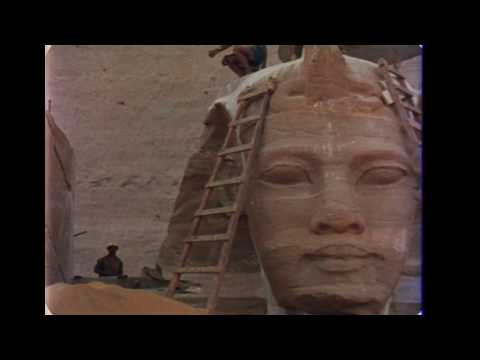 When the work began on the High Aswan Dam in Upper Egypt, the two temples of Abu Simbel, carved in the living rock which rises from the banks of the Nile, were threatened with complete destruction. In following the course of the International Campaign launched by UNESCO in 1960, the film reveals the archeological significance of the temples and shows how they were dissected and removed stone by stone to higher ground where, reconstructed, they now stand in all their grandeur orientated as before towards river and sun.