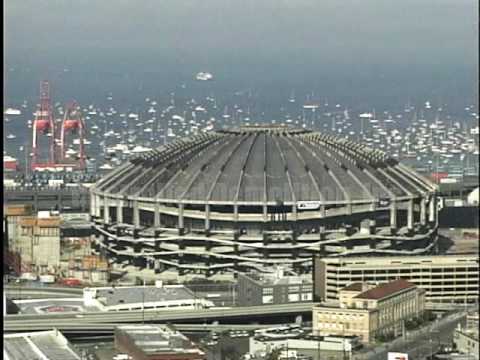 Controlled Demolition, Inc. demolished the Kingdome by implosion on March 26, 2000 (approximately the 24th anniversary of the Kingdome’s opening), setting a record recognized by Guinness World Records for the largest building, by volume, ever demolished by implosion. The Kingdome was the first large, domed stadium to be demolished in the United States and the demolition of the Kingdome was the first live event covered by ESPN Classic. The Kingdome was demolished before the debt issued to finance its construction was fully paid and as of September 2010, residents of King County were still responsible for more than $80 million in debt on the demolished stadium. As of January 2015, the debt was expected to be retired by March 2015, nine months ahead of the original bond maturity and 15 years after the demolition in March 2000. The 2% of the 15.6% hotel/motel tax earmarked for the Kingdome debt no longer needed went instead to the county’s 4Culture program for arts, heritage, and preservation.