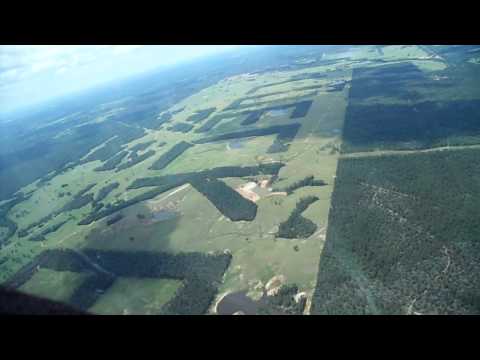 In the late ’90s, while clearing new grazing land on his ranch, Jimmie Luecke bulldozed his name, making it the biggest signature in human history. Since the Luecke ranch is located directly along major flight paths, including most westbound flights out of Houston, this giant signature quickly became a landmark for commercial pilots. NASA scientists are able to use the 2.5-mile-long name for evaluating spatial resolution of astronaut photographs since Luecke’s handwriting.