Werner Herzog views on Nature during the filming of Fitzcarraldo in 1981. 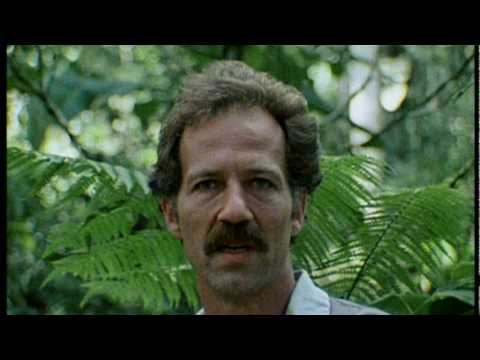 Burden of Dreams is a 1982 “making-of” documentary film directed by Les Blank, shot during and about the chaotic production of Werner Herzog’s 1982 film Fitzcarraldo, and filmed on location in the jungles of Peru.

Throughout production, director Les Blank and his small crew became exhausted and exasperated from the stress of the work. Blank said that he felt “unconnected to the people around me”. Keeping up with the antics of Herzog and Klaus Kinski (the film’s star) proved difficult for the reserved, introverted Blank. By the last week of production, he was so burnt out that he feared coming out of production “like some Viet Nam veterans, horribly calloused”. He wrote in his journal, “I’m tired of it all and I couldn’t care less if they move the stupid ship – or finish the fucking film”.

Blank would often ask Herzog to repeat statements while being filmed that he originally made off-camera. In a 2009 interview with Jesse Pearson for Vice magazine, Blank was asked to recall a scene in the documentary showing Herzog delivering a monologue about the violence and destruction of the jungle around him. Blank says that the scene originally took place in the middle of a canoe ride, away from cameras, but he liked the speech enough to coax it out of Herzog again. “When the moment was right,” Blank told Vice, “I pulled him aside and said, ‘Can I do a little interview?’ And he said, ‘Sure.’ Goodwin led him around to something that sparked him off on that tangent again. That’s how we got the speech.”